The Covington?Newton County 9-1-1 Communications Center was established in 1989 and has been providing professional customer service to the citizens of Newton County for over 30 years. We are the sole public safety answering point (PSAP) for Newton County including the City of Covington, City of Mansfield, City of Newborn, City of Oxford, and the City of Porterdale. 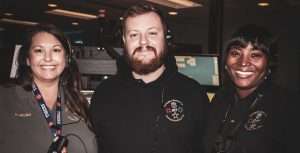